Malba Arts Project was a collaborative arts project that took place summer 2017 in my childhood home that temporarily transformed private into public as a means to introduce arts and discourse into the neighborhood of Malba, Queens.

Based on a life-long desire to turn my mother’s house into an artist's commune and thanks to a New Works Grant from the Queens Council on the Arts, the Malba Arts Project hosted three funded artist residencies this summer. 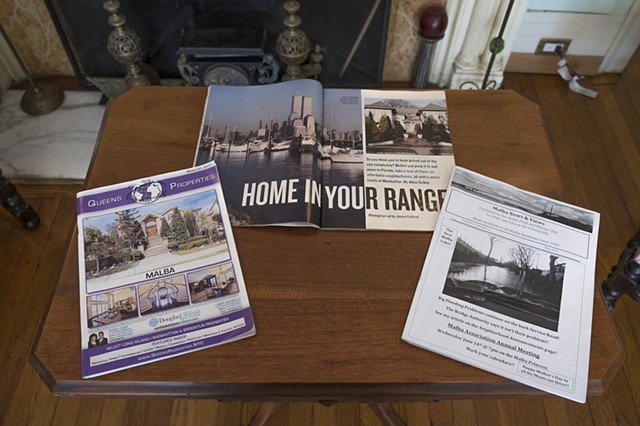 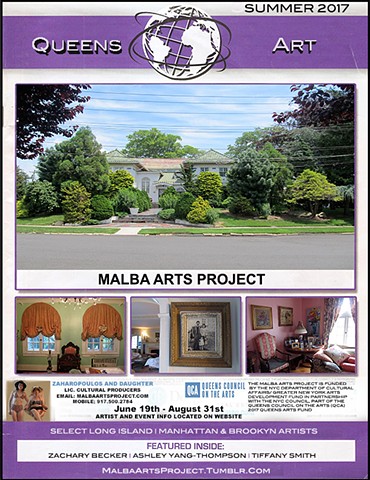 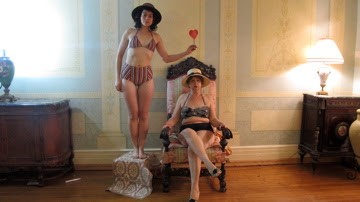 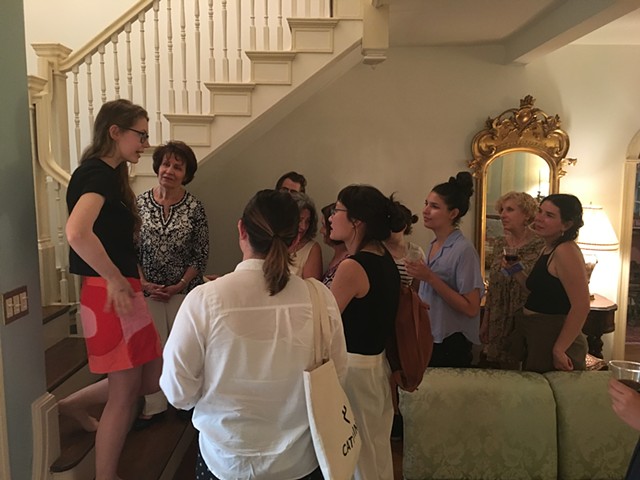 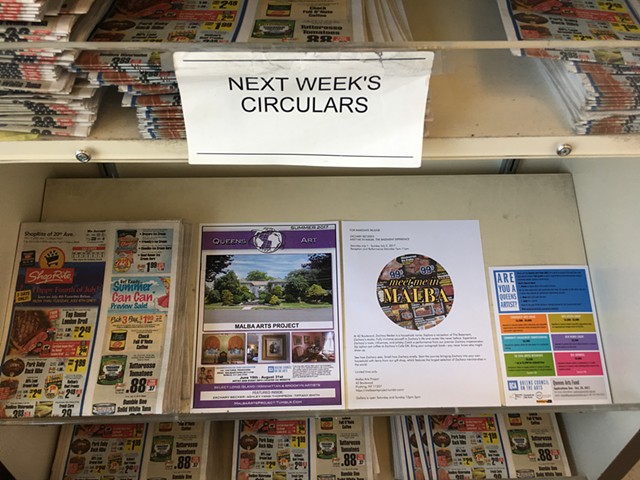 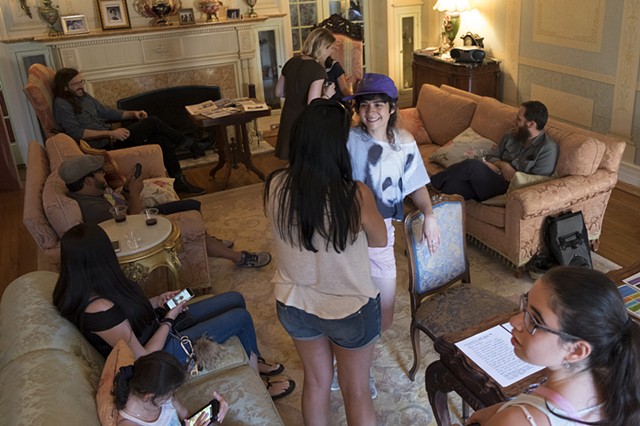 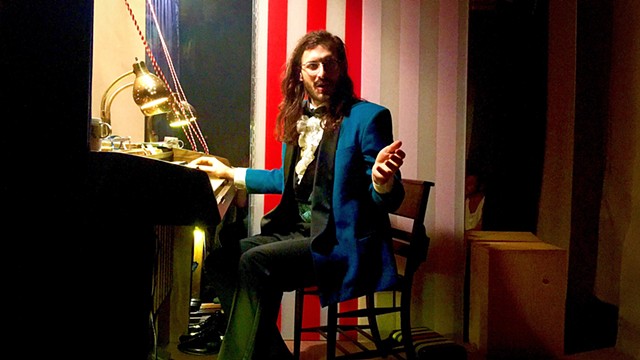 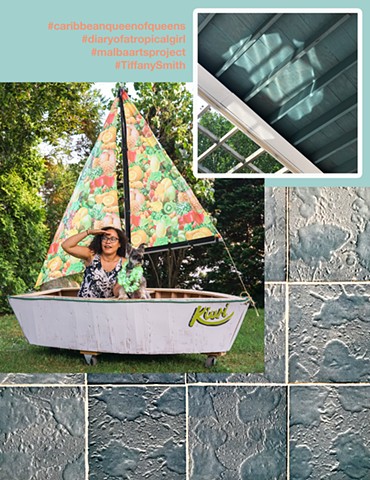 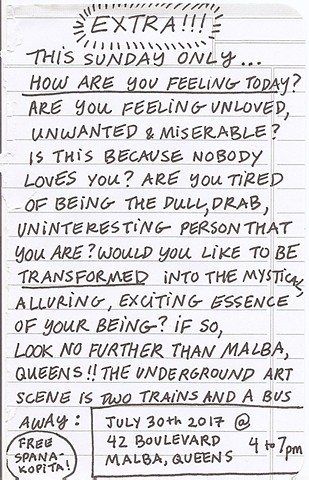 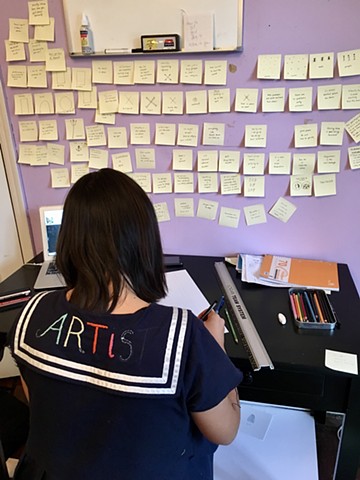 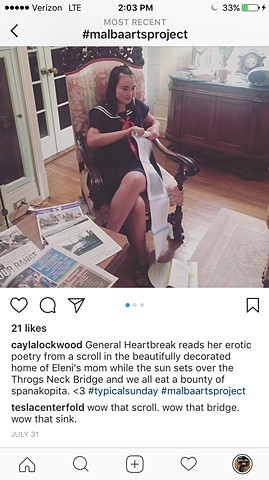 Malba, Queens - The Malba Arts Project is a collaborative arts project taking place this summer in the childhood home of interdisciplinary artist Eleni Theodora Zaharopoulos that temporarily transforms parts of her mother's house into an artist residency and gallery space. The goal of the Malba Arts Project is to introduce more arts and discourse to the secluded New York City neighborhood the artist grew up in.

Described by the New York Times “as one of the most upscale and picturesque neighborhoods in the borough [Queens]” and a place which “retains a quaintness that can be traced to origins in a much less urbanized time” Malba is expectedly not a popular destination for arts and culture in the city. However, thanks to a New Works Grant for Individual Artists funded by the NYC Department of Cultural Affairs and granted through the Queens Council on the Arts, this is about to change.

Eleni's wish of turning her mother's house into an artist commune has been granted. The Malba Arts Project will host three funded two-week-long artist residencies in the months of June, July and August, each culminating with programming that is free and open to the public. Participating artists include Zachary Becker, Ashley Yang-Thompson, and Tiffany Smith. Eleni's mother Evyenia Papadakou will prepare food for each resident's public reception.

Kicking off the project's public programming is Zachary Becker's Meet Me in Malba: The Basement Experience, an installation and performance which recreates Zachary's basement studio inside Eleni's childhood bedroom to scale. A limited engagement, the show runs July 1st and 2nd with performances scheduled the evening of the 1st .